Home / Recipe / Dessert / How To Make The Best Snickerdoodle Snickerdoodles are sometimes heard as an expression of endearment by some foreign people, and it’s because this is a cookie or a sweet pastry.

Now, it is time that we get to know more about the snickerdoodle. Read on!

It is a type of cookie made with butter or oil, sugar, and flour and then rolled in cinnamon sugar. Snickerdoodles are also called sugar cookies. They have a cracked surface and can be crispy or soft, depending on the variety.

If you both love Snickerdoodles and cheesecakes, then this is the best way to enjoy both on one recipe. The base of the cake will be the snickerdoodles with cinnamon sugar, topped with layers of beaten cream cheese.

For those who love cinnamon, this is the perfect bread for you. A bread that is topped with cinnamon sugar, and when you bite into it, you taste cinnamon chips in the middle for those crunchy bits. It is best served with butter or strawberry jam.

On a diet, but can’t get enough of these sugar cookies? Well, worry no more and enjoy a low-carb and gluten-free version of these snickerdoodles at home. Instead of using regular flour, you can replace them with almond flour, which is recommended for those who are watching their carb intakes.

This is a drink that originated from Starbucks. Then it became so popular that a lot have copied the recipe or made their version of it. It’s a beverage made with steamed milk, white chocolate, and cinnamon syrup topped with whipped cream and cinnamon sugar. It is best served during cold weather.

For those who love the bread version, here comes a muffin one. If you don’t like biting into hard cookies, then the snickerdoodle muffins are for you. It is soft and tender with a cinnamon topping that will keep you wanting for more. Best served during a family picnic and you can enjoy it with a cup of coffee or tea.

How to Fix Your Snickerdoodles When Cooking it Wrong.

Baking is a whole lot different when it comes to cooking, so if anything goes wrong with the texture, shape and flavor, there is nothing we can do about it anymore, so we just recycle the stuff rather than throw them out.

Flat Snickerdoodles – This means the ratio of some of the ingredients were not measured well that it came out flat. I suggest that you enjoy the cookie as long as it doesn’t taste bad or fold them to make a more fluffy look.

Facts and Trivia About Snickerdoodles

Snickerdoodles are said to have originated from Dutch or Germany. It is said to be known as “snail cookies” – which I think are hard to believe since they don’t look like snails.  It came from the word Schneckennudeln, which means ‘snail dumpling’ and then just evolved into Snickerdoodles due to the word being hard to pronounce.

Here are some tips and tricks to make the best snickerdoodles and avoid baking bad ones since we cannot make an entire remedy into it once you make mistakes in cooking it.

Cookies are often served as desserts or snacks and there are plenty of ways to enjoy Snickerdoodles with some of these foods that can be best paired with them. 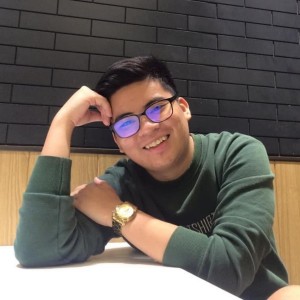 I’ve got an expensive palate that it welcomes only this expensive type of meat, which is Beef. In our country, Philippines, Beef is considered a type of meat that is cooked on special occasions. My case is different as I have it almost every day. Thus, I decided to learn beef recipes, and I’m more than willing to share them with you!

How To Cook The Best Ginataang Monggo How To Cook The Best Pancit Malabon

How to Make the Best Salisbury Steak How To Make The Best Tartar Sauce