Home / Recipe / Comfort Food / How To Make The Best Biko

How To Make The Best Biko Table of Contents Hide
1. Biko A Occasional Filipino dessert
2. What Kind of Rice Do We Use to make Biko
3. Variations of Biko
4. How to make Latik as topping for Biko
5. Troubleshooting
6. Trivia
7. Tips
8. Best Served With
9. Conclusion
10. Best Biko Recipe
Jump to Recipe Print Recipe

Biko is a mainstay at weddings, town fiestas, or funerals. It comes to mind when you hear the word “kakanin” (made from rice). However, not everyone knows how to make Biko, so they would have it bought from a store any day.

Furthermore, Biko is among the Filipino delicacies that are made out of rice and coconut, which are both abundant in the country. This sweet Merienda (afternoon snack) is a total hit in the Philippines. In fiestas, this sweetened rice won’t be absent on the table, even some people who have settled down abroad would come back to the Philippines on occasions with Biko in their minds.

Traditionally, this kakanin is served over banana leaves in a bilao (round woven bamboo tray), but some would place it in a nice shallow large glass or plastic dish. It is then garnished with latik (cooked coconut milk curd) on top.

Without further adieu, let’s take a glance at the different things you need to know to make this Merienda sweetheart. You might as well want to replace chocolate with this sweetness whenever you’re in a sugar rush.

Biko is a Filipino rice cake made from sticky rice (which is known locally as malagkit), brown sugar, and coconut milk. It is sticky, gooey, and with a distinct nutty flavor from the sweet coconut curd. And it is often eaten as a merienda (afternoon snack) or dessert. However, on some occasions like weddings, birthdays, Christmas or New year Biko dessert is a standard fixture on the table.

Biko is also famous among foreigners as they would often try this sticky rice cake in some family gatherings made by our kababayan (countryman) who are living abroad. It is a natural choice for Filipino to add to their list of handa (food choices) on any given occasion.

It generally appears all around the Philippines, and no one seems to be asking about its origin. Some say it’s probably from China, where the glutinous rice is believed to have been first cultivated as a domestic crop.

In addition to this, it is known as Sinukmani or Sinukmaneng in the Southern Luzon area. While, in the Muslim regions in the Philippines, it is called wadjit in Tausug; in Maranao, it is called wadit, and in Maguindanao, they call it wagit.

Aside from the main ingredients of coconut and rice, what is Biko made of that makes it a favorite-comfort-food is the feeling of warmth and homeness it brings.

What Kind of Rice Do We Use to make Biko

The choice of grains dramatically affects the result of this delicacy. Biko rice should be that of glutinous rice or the (short grain). It is opaque in color or less translucent compared to the long grain rice you usually buy and cook for lunch or dinner.

It is less translucent because it has a high amount of starch. It is the starchy content of this grain that makes it perfect for some Merienda or dessert type of food such as Champorado (Filipino chocolate rice porridge).

Glutinous rice, contrary to its name, has no gluten content. So people who are in any restricted or modified diet can use this type of grain.

There are many variations of Biko as any other dishes and desserts, but you don’t have to raid a store or a restaurant just to have it on your table. You can make your own by just following these easy steps we shared with you, and if you have mastered the art of making it, maybe then you can even make your version of it.

Below are some of the variations we choose, which you can try as a beginner’s guide.

Latik (brown coconut curd), in this variation, the coconut syrup is made by combining the coconut milk and brown sugar, it is cooked in medium heat till it forms a curd. In addition to this, there are two kinds of latik; at least their meanings vary in different regions.

In Luzon (northern part), it pertains to the coconut milk cook slowly until it becomes brown curd and uses as a topping to some Filipino desserts. While in Visayas regions, “latik” is referred to as coconut syrup, and it is eaten as desserts or as a topping as well.

In this version, cook latik and then simply add it on top of your Biko. It will add a nutty flavor and extra sweetness to your already sweet sticky rice cake. It will also make your Biko appealing to the eyes.

Ube is originally from the Philippines. It is a bright purple sweet potato with a sweeter and delicate taste than the rest of its kind with a nutty, vanilla flavor.

Since purple yam (Ube) are abundant in the Philippines, it can easily be found anywhere. To make your Biko even more pleasing to the eyes, you can use Ube to add color. What’s more, Ube is a good source of carbohydrates, potassium, and vitamin C.

How to make Latik as topping for Biko

As we have mentioned earlier, latik (sweet coconut sauce) is an essential ingredient used by Filipino to garnish their desserts like rice cakes, Maja Blanca (local version of gelatin with corn), Sapin Sapin, and Suman (wrapped sticky rice). But how to make the latik topping for Biko? It is merely by bringing the coconut milk into a simmer until it reduced, and the oil is separated and makes a fragrant curd.

However, in the Visayas, it is made by simmering coconut milk and sugar together until it becomes curd.

Since this might be your first try to cook this bite, you might encounter some mishaps. Don’t worry; we listed down a few remedies to counter them.

Want to know some extra juicy info about this tempting snack? Here are some trivia about Biko, the highly appraised delicious goodies in the Philippines.

The stickiness of this dessert signifies a tight-knit family culture of the Filipinos. It explains that even though a family member or a relative passes away, they are still close to the heart of the living.

Here in Eat Like Pinoy, we love to share useful tips with the readers so that they can make their dish more appetizing and their kitchen experience more fun and enjoyable.

So, below are the effective ways to make your Biko a mouthwatering treat for everyone.

Some Filipino families have their Biko recipe that they keep on their own. It might be an heirloom passed from generation to generation. As a result, you might find them adding up some ingredients that you may want to forgo, but that’s alright.

With all the information that we put here, we aim to help you find your unique version of it, so just keep on trying until you find your distinct variant of it. So there is all you need to know about how to make Biko the best-tasting Biko there is.

This recipe is simplified so that you can easily follow the procedures. We hope we have given you ideas on how to turn this dessert the star of any occasion. Feel free to provide us with feedback on how it turned out with you. Enjoy cooking! 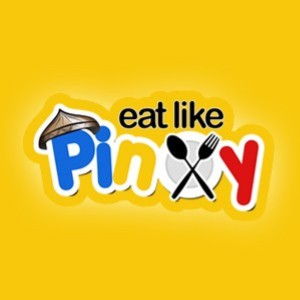 How To Cook The Best Spareribs Kaldereta